This is a Virtual Event. Registration is free but required 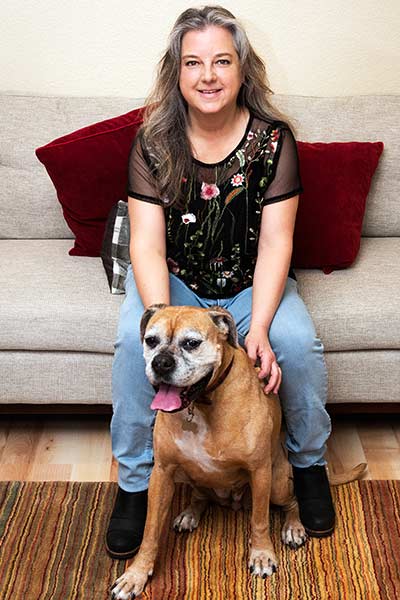 Sara was diagnosed with migraine disease 28 years ago, the year she graduated from college. She was also diagnosed with multiple autoimmune diseases in her twenties, making identifying symptoms, triggers, and treatments increasingly elusive in the early years. Her migraines became more frequent, and she began noticing the stigma associated with migraine, especially in the workplace. Shortly after ending up in the ER during a business trip, she was laid off from a non-profit position working in marketing for an animal rescue organization. She always wondered if it had something to do with her migraines but was thankful for the experience and longed to continue working in nonprofit management. In her early thirties, thanks to very supportive professors at the University of San Francisco, she graduated with an MBA - in the top 20% of her class. While in school, she was able to participate in Vince’s Ride, a 1,000 mile journey by bicycle across the United Kingdom, from Lands End to John O’Groats, to raise money for cystic fibrosis. Then her migraines became daily, and she lost her job and was denied private and federal disability payments. Five years ago she was diagnosed with celiac disease, then lost another job, and was denied private disability payments again.

But when things seemed at their worst, she connected with other patients and advocates via the internet. This vast network of smart, caring people became “online migraine buddies” - people who still offer constant support and friendship. She launched herself into migraine advocacy and started raising money for and attending Miles for Migraine in 2013 and Headache on the Hill in 2015. She also has two blogs - a migraine related blog called Painfully Positive and a celiac disease blog called Gluten Free Beer Babe. It’s a day-to-day struggle, but Sara is still working thanks to a friend who has helped with multiple accommodations for her health. Currently, she is the Controller for an architecture firm in Northern California, volunteers on the Supervisory Committee for a local credit union, and lives with her ten-year old rescue dog Bella. It’s an honor and a delight to now volunteer on Miles for Migraine’s Warrior Board. 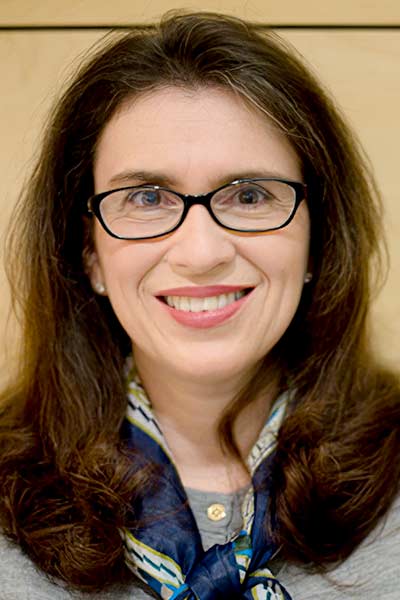 Dr. Maldonado is an Associate Professor of Neurology at University of South Florida Morsani College of Medicine and key faculty in the Headache Division. Dr. Maldonado is part of the team that comprises USF's Headache Center, one of the few headache academic centers in the state and nation. She contributes with more than 20 years of clinical experience and Headache Certification through the UCNS (United Council for Neurologic Subspecialties), in diagnosing and managing the wide range of headache and facial pain disorders and in promoting headache and pain relief by providing excellence in care with the latest advancements in treatment modalities, pharmacological and non-pharmacological as well as other procedural interventions. At USF, Dr. Maldonado is involved not only in providing comprehensive clinical care to patients, but also involved in educating future neurologists, allied health professionals and medical students in headache medicine and collaborate in clinical research dedicated to find better and more effective treatments for headache. 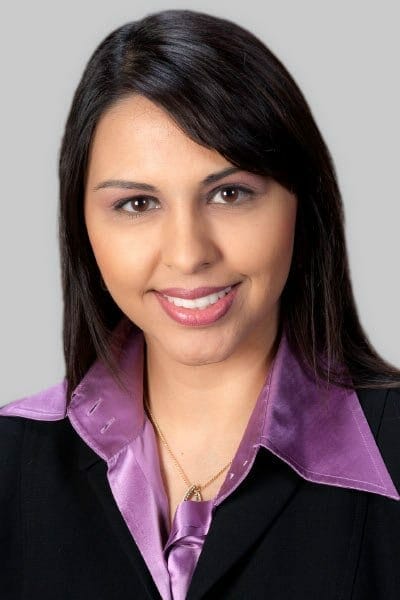 Kavita Kalidas, MD, is director of the Division of Headache Medicine and associate professor of neurology at the University of South Florida in Tampa, where she also serves as the fellowship director of headache medicine. She received her medical degree from the Ross University School of Medicine in Portsmouth, Dominica, after completing an internship in internal medicine at Long Island College Hospital in Brooklyn, New York. Dr. Kalidas subsequently completed a residency and chief residency in neurology and a fellowship in headache and facial pain at the University of South Florida. She is board-certified in neurology, with subspecialty certification in headache medicine.

Dr. Kalidas’s research has focused on therapies for patients with such diseases as migraine, multiple sclerosis, and cluster headache. Her work has been published in such journals as Expert Review of Neurotherapeutics and Headache: The Journal of Head and Face Pain.

Get to know Nurtec™ ODT (rimegepant)

How to get Nurtec ODT