About Miles for Migraine

Our history, our vision, our mission.

During a first-ever advocacy visit by the Alliance for Headache Disorders Advocacy to their respective members of Congress in September, 2007, a group of mostly M.D./PhD research and clinicians in migraine and headache disorders, including AHS member and migraine patient Eileen Jones, RN, PHN, were given a challenge.

Legislative aides of Congress members and senators told these research specialists that their quest for an increase in the National Institutes of Health spending allowance for headache research grants was flat (only ½ of 1% of the total budget), and would not increase in the foreseeable future.

Furthermore, they were discouraged to hear that they needed to build public support in their home cities and states, where until the citizens start to demand funding, things would probably not change in their favor.

In response to this Congressional challenge, Eileen decided to start a competitive race.

Miles for Migraine held its first 5K and 10K run and 2-mile walk in the fall of 2008 in San Francisco’s Golden Gate Park with approximately 200 participants. Our vision is to create some “big noise” in the migraine community and raise awareness that migraine and headache disorders are more than “a headache”. We are making great strides by growing our signature event, the Miles for Migraine 2-mile walk, 5K run, and by expanding our newer programs, such as a day camp for use kids and teens who have chronic migraine, and our adult seminar series.

Miles for Migraine is a registered 501(c)(3) nonprofit organization with the mission of improving the lives of people with migraine and other headache disorders, and their families, by raising public awareness about this disease, and helping to find a cure. Miles for Migraine produces fun walk/run events, typically a 2-mile walk and a 5K race to raise money for fellowship programs to help alleviate the headache specialist shortage. We also host adult and family education and social programs, and support groups. 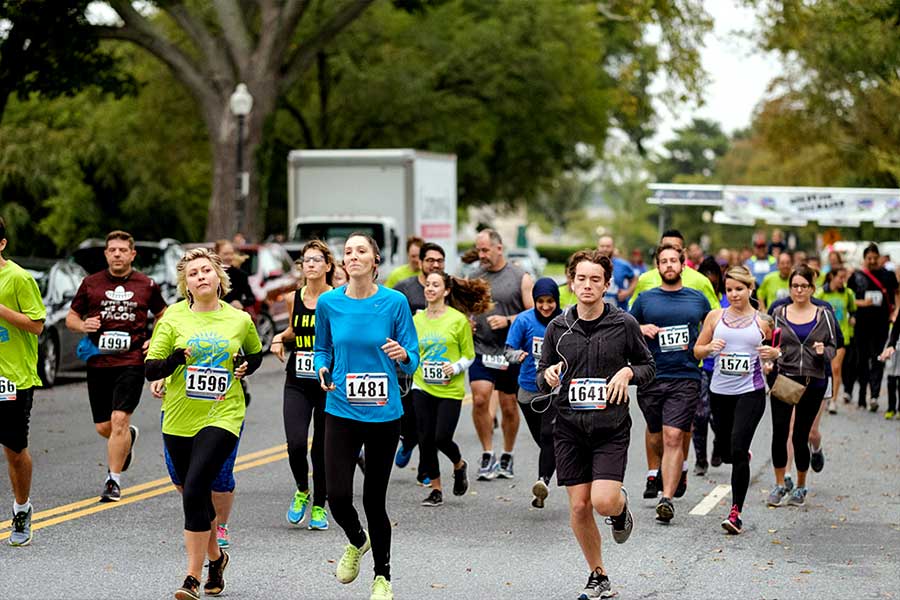 In addition to pain, sickness, and — for many — daily disability, migraine carries a severe burden of discrimination and negativity from many members of the community.

This is social stigma.

History demonstrates that diseases that are stigmatized, like HIV, and breast cancer, can only change in the public’s mind when the patients and their families come together in community action asking for recognition. Diseases in which the patients do not stand up for themselves remain badly stigmatized, and patients do not receive the research or therapies needed to effectively treat their condition. This is true even if doctors speak up for the disease; patients and their families must take over the effort.

Patients with migraine often do not have the chance to stand up for their disease, and thus themselves. They desperately need an opportunity to do something positive about their condition. It is basic psychology that by collaborating positively with a group, you will feel better about yourself. Patients also need a way to encourage their families and friends to participate for migraine; doing something for someone else’s disease transforms attitudes and provides them an opportunity to learn about the scope of migraine.

Migraine is a major disease that receives about a 20th of the research dollars that should be given to it based upon its impact. Migraine patients desperately need new research to discover new treatments, and headache researchers and clinical specialists need to be trained. Miles for Migraine does all of these things; it does so by bringing patients together in the community while also participating in an activity that is good for your health!